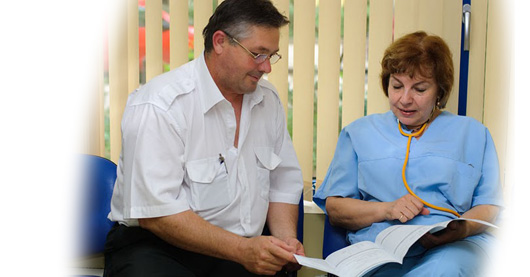 Diabetes mellitus or as widely-known Sugar Disease is one of the commonest metabolic disorders. Bulgarian diabetic patients are between 300 and 350 thousand. Sugar, and respectively glucose are carbohydrates. On the one hand, glucose is the principal source of energy, and on the other, it is a significant productive element of many organic substances. The greatest part of carbohydrates is absorbed in the form of starch (e.g. grains, potatoes, rice) and these carbohydrates are decomposed in the digestive system down to glucose. Other important sources of carbohydrates are sugar cane, sugar beet, lactose and glycogen found in meat. The normal range of blood glucose concentration, on an empty stomach, is from 4.4 mmol / l to 5.6 mmol /l. Under conditions of increased need for energy (sports, manual labour) organisms have their own regulatory systems which do not allow glucose levels to drop sharply. Intakes of larger amounts of carbohydrates lead to temporary increases in blood-sugar concentrations. Blood-sugar level is controlled by insulin. The latter is a hormone primarily produced in the pancreas (a glandular organ located in the abdomen). It opens the cellular door and transfers sugar into the cells. When the gland behind the stomach does not produce enough insulin or insulin itself does not fulfill its function due to occurrence of any changes within the cell, there is no glucose moved into the cell. Thus cells come to suffer from glucose insufficiency while blood glucose concentration increases too much and the surplus amount of sugar is released with urine.

Diabetic patients can have the following symptoms:

Increased thirst and excessive urination. Sugar release is accompanied with large amounts of water release. Liquid loss leads to dehydration and a constant feeling of thirst.
Weight loss and tiredness. Intensive decomposing of proteins and fats compensates for lack of sugar in the cells, which may be the reason for weight losses and feelings of tiredness due to protein insufficiency.
Visual disorders and muscle cramps
Susceptibility to skin diseases, mucus disorders as well as paradontosis. Itching.
Easy susceptibility to infections. Decubitus wounds.
Menstrual periods disorders. Decrease in one’s “libidinal energy” and potency. At the worst, a patient can fall into a diabetic coma characterized by rapid breathing, nausea, vomiting, abdominal pain, increased thirst and finally a comatose state /unconsciousness/. The exhaled air smells of acetone due to intensive decomposition of fats.

Vascular disorders. Due to increased amounts of sugar and fat substances (arteriosclerosis) into the capillaries, arteries and veins, the blood supply throughout the body is disrupted. A high risk of heart attack, brain stroke or blockage of arteries exists. The so called foot ulceration can be a result of both neuropathy and blood supply disruption.
Diabetic retinopathy. Diabetic changes in the blood vessels supplying the retina result in deterioration of function. This brings about the formation of small dot-like haemorrhages, neovascularization, and finally leads to decreased vision and blindness. Besides this, diabetics suffer from glaucoma and cataract.
Diabetic neuropathy – diabetic damage affects the nerves throughout the whole body. Nerve numbness and the resulting tingling or burning of the feet and hands are some of the symptoms. Minor injuries in these parts of the body may go unnoticed and can turn into decubitus wounds. Quite unnoticed pustules may also start destroying tissues and bones.
Diabetic nephropathy – a kidney disease due to changes in the kidney vessels starting with limitation and leading to full impairment of the kidney functioning which eventually necessitates dialysis.
Male potency disorder.

There are two main types of diabetes

Usually presents in children and young adults due to destruction of insulin-producing cells in the pancreas and leads to lack of insulin. Thus the patient needs external supply of insulin, which has to meet each patient’s individual needs. What is extremely important is the amount and type of food a patient intakes as well as their physical activity, which can reduces the need for insulin. The exact insulin dosage can be determined by regular examinations of blood-sugar levels in the urine. If insulin supply to the organism is surplus in quantity, a state characterized by lower blood sugar levels, called hypoglycemia, can be registered. Its symptoms include strong feeling of hunger, sweating, pale skin color, headache, shakiness, anxiety and racing heartbeat. Given their very low sugar levels, patients can exhibit real psychic disorders (they may be regarded drunk).

In cases of hypoglycemia conditions described above occur.

Most common reasons for occurrence

The so called autoimmune reaction. The immune system attacks itself and destroys the cells producing insulin.
Inheritance factors

This type of diabetes is much more common than type I. As a rule, insulin insufficiency rises gradually. Most commonly, the pancreas produces insulin but its quantity is either not enough or due to changes in the targeted cells does not function properly. Most of the patients are over the age of 40 and in 90% of the cases they are overweight.

Insulin insufficiency rises gradually. Most commonly, the pancreas produces insulin but its quantity is either not enough or due to changes in the targeted cells does not function properly. Most of the patients are over the age of 40 and in 90% of the cases they are overweight.

Most common reasons for occurrence

Diathesis
Being overweight can initially cause a more intensive secretion of insulin, which makes the cells less responsive to the insulin that is produced, and thus the pancreas becomes unable to meet the increased needs.

What should we do?

As a diabetic, you should always heed their doctor’s advice

Overweight diabetics should reduce their weight being on a low-carbohydrate diet. The more persistently the patients observe the diet, the lower the sugar levels and the fewer the complaints are, and in many cases the complaints even stop completely.
Underweight or normal-weight diabetics or should eat food rich in calories but poor in sugar.
You should eat small portions of food at least six times a day so that insulin can be used to the best advantage.
Sugar-sweetened food and drinks should be avoided. Instead, one can use sugar substitutes (fructose, sorbit) or sweeteners (e.g. saccharine). These substances are also used to make sweets for patients with diabetes.
Alcoholic drinks, which diabetics are allowed to consume, are dry wine and diet beer. Sweet beverages and normal, or beverage beer should be avoided, too, as they contain sugar.
Physical activity contributes to direct breaking down of sugar into the muscular cells using a small quantity of insulin. Observing an appropriate regime of physical activity may reduce the amount of medicinal or insulin doses necessary to be taken.
Attending special courses one can learn how to manage the disease.
In order to prevent conditions of hypoglycemia (see above) one needs to have a piece of bread or grape sugar on them all the time.

When should I visit a doctor?

When the feeling of thirst increases or any of the above-listed symptoms is shown.
Being overweight and having a diabetic in the family.
When the blood test, for example during a preventive examination, proves to be positive.
In cases of diabetic coma (see above).
In cases of hypoglycemia (see above).
Patients with diabetes should regularly, at least once a year, see an ophthalmologist.
Such people should also search for medical help in cases of decubitus wounds, especially on and around the foot.

What can a doctor do?

Monitoring patients’ blood sugar levels, a doctor can decide whether diabetes mellitus is to be diagnosed. Glucose value limits on an empty stomach are 5, 6 mmol / l. At certain values, a bit higher than these, a doctor can prescribe the so called glucose-tolerance test. It is a test which examines blood-sugar levels on an empty stomach and two hours after intaking 75 gr. of sugar. If after two hours the sugar level is lower than 7, 8 mmol / l, then the glucose-tolerance test results are considered normal.
Overweight patients are first advised to try reducing their weight in order to regulate the sugar levels.
When dieting proves unsuccessful medicines for sugar level control are prescribed. The most commonly used medicinal products are those which stimulate and normalize insulin secretion (sulphonylureas and biguanides, etc).
If the above-mentioned medicines fail to control blood-sugar levels, patients need to be treated with insulin. Type I diabetics are recommended insulin therapy from the very beginning.
It is the doctor who in early stages of therapy regimens decides on an appropriate insulin treatment and administration. The latter should be in compliance with the patient’s routines (nutrition, physical activity, other diseases, etc.) and as a rule, be controlled by examining blood-sugar levels at least four times a day. Nowadays insulin treatment makes use only of human insulin: Human insulin and the biologically synthesized one Insuman. Practically, intermediate-acting as well as depo- or long-acting types of insulin (of average or long duration) are used. Combinations of the different types can also be administered. Insulin is most often injected into the abdominal wall or the thigh. It can also be supplied even more easily and precisely in modern dispensing insulin pens which look like fountain pens.
Doctors have to regularly carry out a number of tests on patients’ metabolism, blood-sugar levels and sugar concentration in the urine. A few new tests have been brought about which are designed to evaluate preventive diabetic treatment such as glycated haemoglobin (Hb A 1c or А1С), the most important criterion for measuring the success of diabetic treatment regimen as a whole.

A lot of diabetic patients have heard of it , but only a few know what exactly it is and why it is so vital.

The А1С level shows what portion of the red blood pigment (haemoglobin) is characterized by high degrees of sugar attachment. Haemoglobin with glucose and other sugars chemically bound to it, and technically referred to as glycated haemoglobin, or А1С is formed in every person’s body, not only diabetics, and depends on the average level of glucose in the blood. In simpler terms, the higher the blood-sugar level over a certain period is, the higher the A1C level is.

Thus a doctor can use the A1C level to define average blood-sugar levels over the past 8-10 weeks, no matter if they have rapidly increased or decreased. And this is the reason why A1C level is also known as a long-term memory for sugar levels.

Doctors should monitor their patients’ neurological status. They should examine the patients’ feet, too, to prevent the occurrence of foot ulceration.

Ophthalmologists should regularly examine the patients’ eyes to identify any diabetic changes in the retina and subsequently administer an appropriate regimen. During diabetes treatment the intraocular pressure needs to be examined on a regular base so that in time diagnosing of glaucoma can take place.

Disorders of lipid metabolism – Number 3 in the Lethal Quartet Group

Recipes for People with Diabetes Mellitus